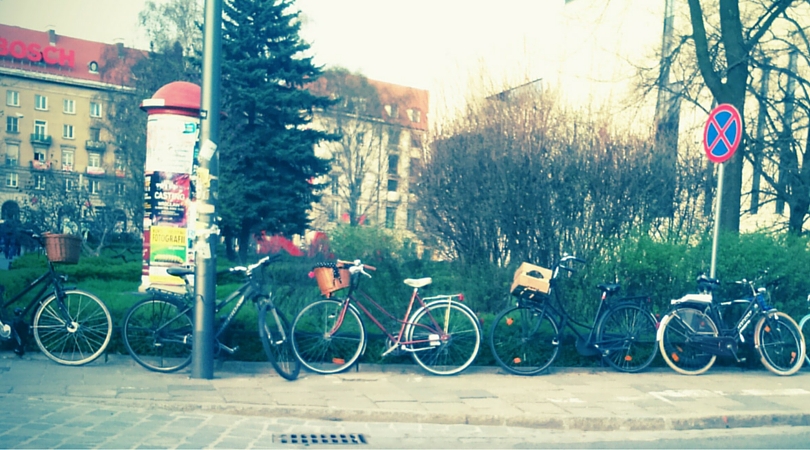 Cycling in Wrocław is a pleasure. There are rivers, parks, tons of birds, and fancy brand new boulevards around NFM and Ostrów Tumski. But others may have a different approach.

“You cycle here with drivers going like crazy?”, someone asked me when I was just starting to get to know the city, back in 2013. I then replied that this was a paradise compared to where I came from: Bogotá. Don’t get me wrong: yes, Bogotá has great a great cycling community, especially during Ciclovía, and yes, we are famous for our cycling infrastructure, but most drivers don’t respect cyclists or pedestrians in the crossings. In Bogotá you better not talk to strangers – they may be trying to steal your bike by scamming you in the middle of a chat -; and you and your bike should also be careful when crossing a pedestrian bridge or tunnel after dark.

In Wrocław I don’t have to worry about strangers wanting to run off with my bike when they make small-talk with me (anyway, I can only understand 30 per cent of what they say most of the time 😉 Przepraszam! ). Here my bike and I can go up and down bridges at and tunnels at midnight without any fear whatsoever, and drivers seem to respect zebra crossings and red lights a bit more than in Bogotá.

In 2013 my biggest worry in Wroclaw was the ice during winters. Now, aside from the ice, I think that I am starting to worry about the speed of cars. I started to agree with the person who said that drivers can go like crazy in Poland, but I think it is just because I am not longer used to the crazier Bogotanian traffic. Anyway, my bike and I aren’t put off by cars roaring next to us in small local roads. This coldish and unstable weather doesn’t stop us either. We are brave!

A proof of that are the trousers that I bought four years ago: the saddle has made some permanent marks – clothes’ tattoes, you may say -. It’s the price of cycling. If you choose to commute by bike you may not spend money in gasoline, parking, or bus/tram tickets, but you definitely need a good pair of trousers.